SSD Migration – From Carriage to Racecar 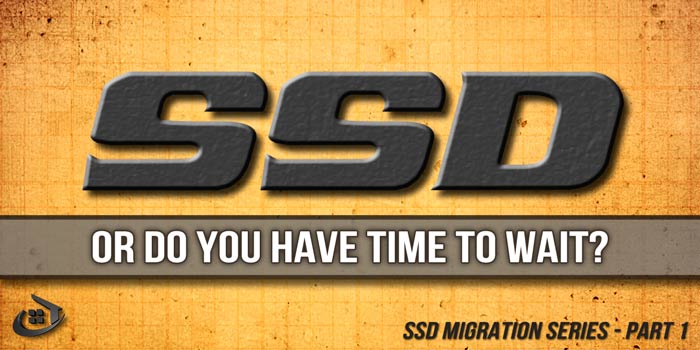 SSD migration has surely crossed your mind if you are still relying exclusively on traditional hard drives and the HDD or SSD consideration is worth your while on so many levels.

An upgrade to SSD (solid state drive) is a one way street. Once you experience the speed and responsiveness of having your OS on RAM based storage, there is no going back without risking your mental health.

This is a small introduction to my upcoming series on SSD migration from traditional hard drives (HDD) to SSD as well as how to clone from SSD to SSD and HDD to SSD. I will be using my personal system as an example since I am in the process of upgrading the SSD drive in my main PC to a Samsung 850 Pro SSD Drive and move the old drive to my older PC, replacing a traditional HDD.

SSD migration is a giant leap in disk performance that you will not be able to experience again for a long time. With the SSD technology, waiting on the disk has been almost eliminated. What you can look forward to in the foreseeable future is the usual progression of ram based storage getting bigger and cheaper.

So enjoy your upgrade to SSD and don´t hold your breath for the next big storage revolution.

This is how you will experience the SSD upgrade:

To me, my SSD migration from HDD to SSD a couple of years ago, represented the biggest and most enjoyable  IT upgrade since I bought an insanely expensive 105 MEGA byte hard drive for my Amiga more than 20 years ago.

Well, come to think of it, flat screen monitors were a welcome change too. But still, wouldn´t you agree that waiting at the computer, at the register or in traffic is particularly annoying?

However, I am not upgrading for more speed performance. My two years old Intel SSD drive is still performing extremely well. The drive is simply too small and it always was really. I have reached a point where I almost need to uninstall something to make room for something new which is not a productive situation.

Back when I bought my 120 GB drive the 250 GB drives were horribly expensive. Now however, the price of a 250 GB SSD has dropped to roughly what I paid for the old 120 GB drive, so I think the time has come to move up in the world.

Advantages when you migrate to SSD

One of the first things you will notice and probably enjoy the most is the lightning fast system boot time. Gone are the days when you can go make coffee while the system is starting or re-booting. For many, this alone may be reason enough to make the switch.

You will enjoy a much more responsive computer. Your files will pretty much snap open and you will barely notice when things like auto save run in the background.

The SSD drives contain no moving parts and as such the drive itself is 100 percent silent. Occasionally you come across reviews that mention a kind of electronical tone, but I have not experienced this.

The drive also creates next to no heat and therefore demands less noisy cooling. This makes the SSD drive a perfect ingredient for a silent computer or the cramped inside of a laptop.

You will not have to listen to your hard drive work when your system is working in the background. Depending on your HDD, this can be rather loud and annoying.

SSD´s are very resistant to shock and vibration as nothing is spinning or moving inside. Obviously this fact makes the SSD a perfect choice for a laptop or other portable storage device.

SSD´s are still quite expensive when you compare the price per GB with a traditional hard drive. But somehow that comparison is not exactly fair. The HDD has been around for decades and they used to be small and expensive as well.

I believe the two technologies must be considered as separate tools with separate purposes. Comparing a SSD with a large capacity HDD is like comparing a Jumbo Jet with an F-16.

A good way to categorize the two technologies is to think of the SSD drive is the new and fast way to handle “active” data (data that you access often and frequently) and the HDD as pure storage space for “static” data (such as photos, home video, movies, old work files, etc.)

Yes, the SSD´s get bigger and cheaper all the time but to most people they are still much too expensive to use for simple storage. To a large extend this is still reserved for big budget server owners.

SSD lifespan is limited out of the box by an astronomical, yet finite amount of write sessions. As far as I can gather, the reason for this is that the NAND flash memory circuits have a limited lifetime. So I suppose the drive manufacturer wants to ensure that you do not end up with a faulty drive?

While this issue does grab your attention as a regular user researching a possible upgrade, this limitation is purely theoretical for the normal user.  The issue may be worth taking into account if the drive is used in a busy enterprise or web server. But for the normal PC or Mac user this problem can largely be ignored when considering a SSD migration.

Due to the way that data is stored on ram based storage compared to traditional HDD drives, data rescue is an issue to consider. Recovering data from a broken SSD drive is trickier and this should lead to increased backup efforts. Even though it is difficult, time consuming and sometimes expensive, you can almost always retract at least some data from a broken HDD.

Aging computers may not work well with SSD drives and as such a fast SSD drive is not necessarily a quick salvation for your old computer.

If you have an older computer you need to research your mainboard carefully before deciding on a SSD migration.

As a personal side note I have noticed a tendency to let my file sizes increase because of the faster load and save times. I simply work with larger files just because I can without wanting to pull out my hair.

However, this is somewhat counter productive and leads to increased need for storage space as well as more time spend on file compression later in the pipeline.

Just a small thing to be aware of, once you decide on the SSD migration.

A new breed of disk is starting to become widespread and is actually quite affordable compared to HDD drives. The new disk is called is called SSHD (Solid State Hybrid Drive). This disk is a mix of SSD and HDD and merges many advantages from both worlds.

This hybrid is different in the way that it has a small 8 GB SSD portion and a normal size HDD all in one drive. The performance increase happens gradually as the drive is learns your ways and will speed up your mostly used processes along the way.

These SSHD drives are priced very close and a little above normal HDD drives. At the time of writing, the market is controlled by Seagate and Western Digital. A hybrid drive could be the perfect choice for a one disk platform, such as a laptop or small cabinet computer when a SSD is too small and expensive and a pure HDD is too slow.

Seagate has made a very descriptive short HDD, SSD and SSHD comparison video:

1:  Due to the price pr. GB the SSD is a perfect choice for a system where you are able to also run a second HDD drive for storage.

2:  Consider not buying a drive smaller than 250 GB unless you are someone who only uses a few applications. The lower price tag is tempting, but 120 GB is not much. On top of that you loose on 8-9% because of the GB conversion. Also, as mentioned, you should also allow for your own 15% free space buffer.

To use my setup as an example, a clean and basic Windows 7 installation as well as a healthy amount of programs takes up more than 80 GB. This leaves me with less than 15 GB storage space if I want to keep 15 % unused. This means that I constantly need to keep an eye on my system drive to ensure that it is not over extended.

3:  Older mainboards may not work well with SSD´s.

4:  Are the benefits of a SSD migration worth the higher price and lower capacity in your situation.

5:  Most SSD´s are more or less taking full advantage of the current SATA bus technology, so the experience will be very similar no matter which manufacturer you choose.

In the next article on SSD migration, I will take a closer look at the technical issues that come with SSD technology. SSD´s are fast and the speed is extremely addictive. However, the migration will go over more smoothly if the weaknesses of these drives are addressed before the upgrade.

If you want to start getting a feel for the cost of a SSD migration the link below will take you to Amazon where you can have a look at what seems to be the current SSD darling, the Samsung 850 EVO 250GB. 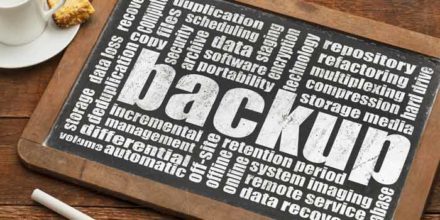 Backup Strategies – Their Advantages and Differences

Data Organization With Files and OS on Separate Drives 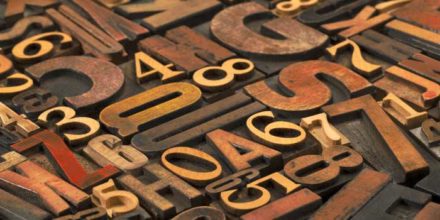 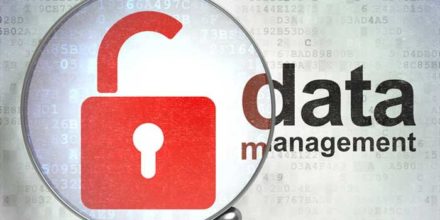